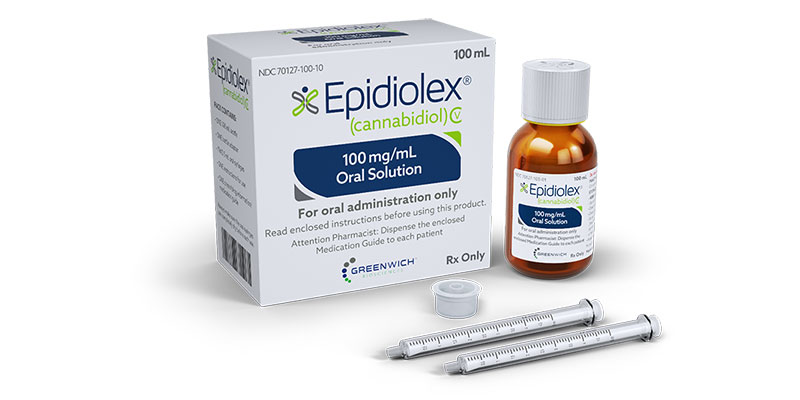 Cannabidiol oral solution, known under its brand name Epidiolex in the U.S. and Epidyolex in Europe, is the first in its class of epilepsy medicines and the first plant-derived cannabis-based medicine to be submitted for European regulatory review.

Cannabidiol (CBD) is in the news again after being recommended for approval in Europe. The recommendation next goes to the European Commission (EC) for review, and a decision within two months.

The Committee for Medicinal Products for Human Use (CHMP), which is part of the European Medicines Agency (EMA), recommended that Epidyolex, GW Pharmaceutical’s oral cannabidiol solution, be approved as an add-on to clobazam (Onfi and Sympazan) for treating seizures in adults and children, age 2 and older, with Dravet syndrome or Lennox-Gastaut syndrome, two rare forms of epilepsy.

Epidyolex, a plant-derived medicine that contains a purified form cannabidiol, is known in the United States by the brand name of Epidiolex. In 2018, the U.S. Food and Drug Administration approved Epidiolex to treat both Dravet and Lennox-Gastaut.

Study results show that treatment with Epidyolex/Epidiolex reduced convulsive seizures by 38–44% and all seizures by 39–51%. It was also reported that the medication improved both overall health and clinical status in roughly 80% of patients.

Dravet and Lennox-Gastaut syndromes are lifelong and life-threatening forms of epilepsy that are highly treatment-resistant. Both are severe yet rare genetic conditions, characterized by prolonged seizures that begin in early childhood. Dravet, for instance, affects one in 20,000 to 40,000 people worldwide. Long and frequent seizures may have severe consequences, affecting quality of life, and presenting an increased risk of death. That’s why this recent development can be considered a milestone for those battling the disease daily.

While Epidyolex is in the process of seeking approval in the EU, Epidiolex is selling strongly in the U.S. As recently as August, GW Pharmaceuticals reported second-quarter earnings and revenue of $68 million, which exceeded previous estimates of $45 million, sending its shares soaring.

The company also reported 12,000 current patients, higher patient retention, and increasing adoption of the medication by adult patients. With all its success, Epidiolex is said to be on track to become one of the most successful epilepsy drugs on the market.

Approval of these cannabis-based pharmaceuticals provides validation of CBD’s health and wellness potential, opening doors for more research and clearance of legislative hurdles. Please visit Crescent Canna’s CBD FAQ for more information, or contact us with questions about our products.